This post is for Sharon, who asked about Bicentennial barns in Ohio.  Leading up to Ohio's 2003 bicentennial celebration a commission undertook to have a unifying logo painted on one barn in each of Ohio's 88 counties. The barns were selected to be near highly traveled interstate highways. 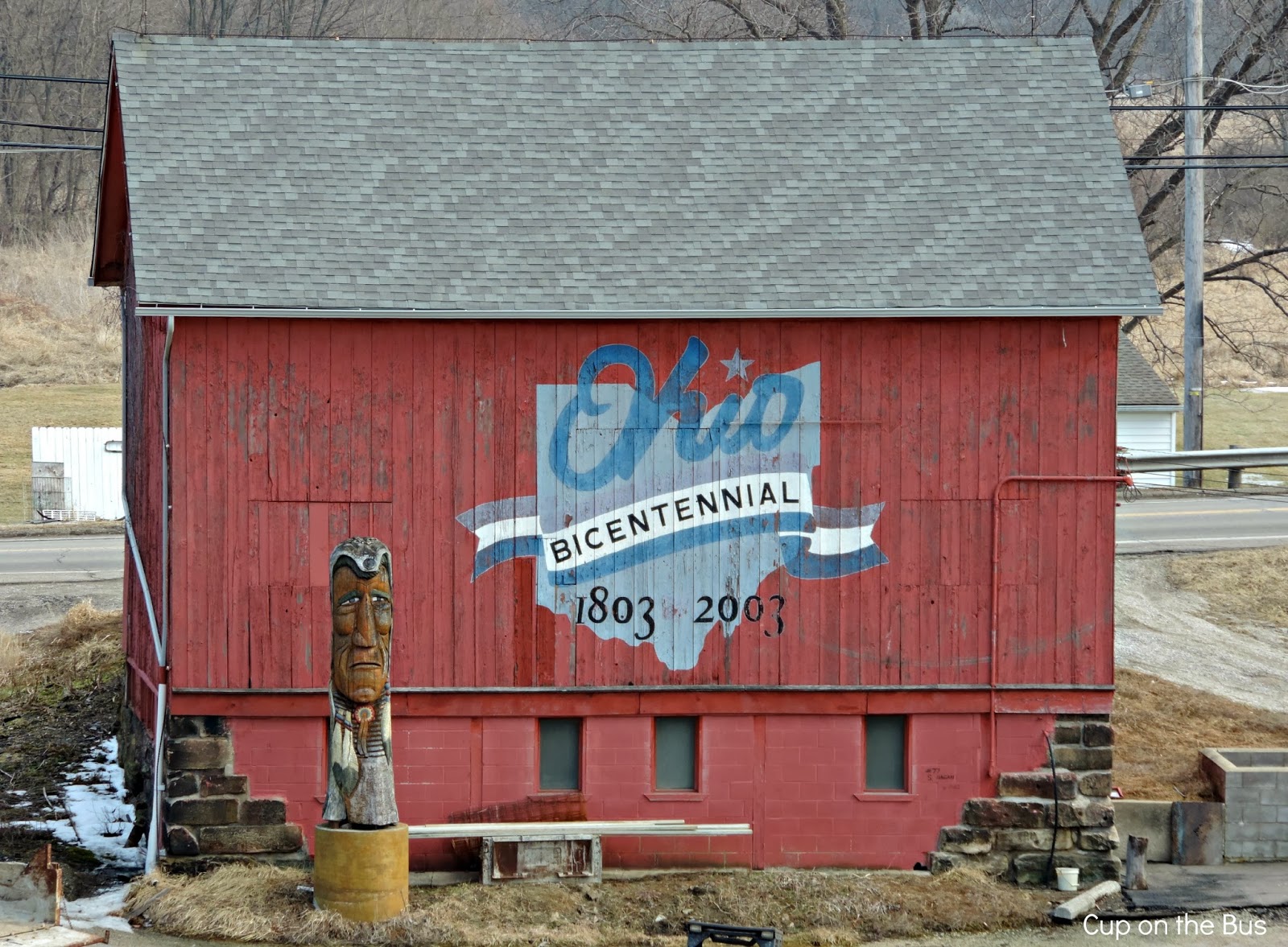 I needed a plan for photographing the Summit County barn; the logo is on the back, facing the expressway. The highway is destined to be an interstate in a few years, but for now is merely a sixty-five mile per hour freeway with standard state route berms. Hmmm.

I pulled off, but had little confidence in my agility exiting the driver's door and getting around the car. So, I went over the console. Got back in the same way. This strategy will never be used again. The pictures were worth it, however. Look what I found. 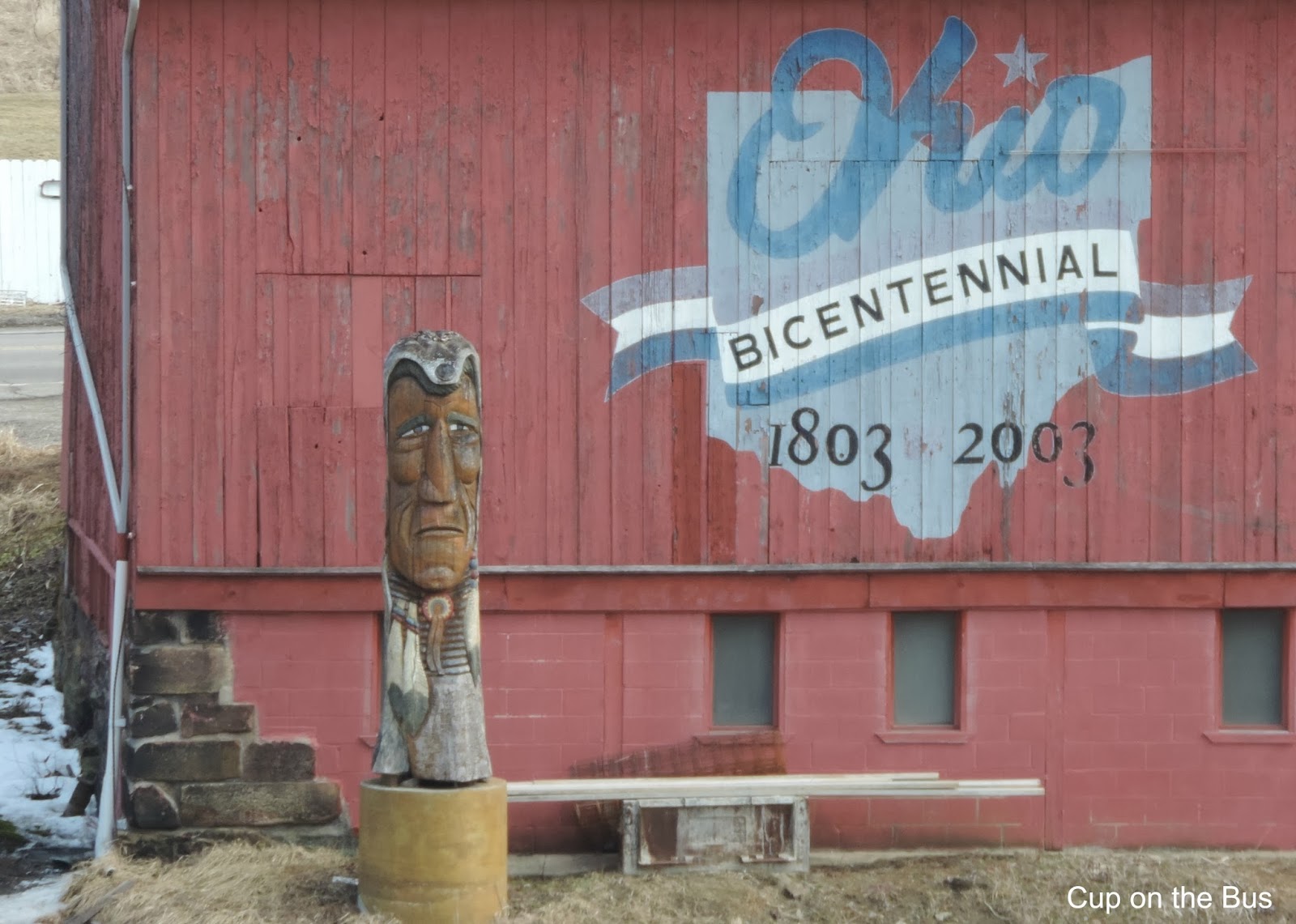 Over to the left, another low building with another folk art carving. The woman dwarfs the building, making it appear a doll house, and her a doll. 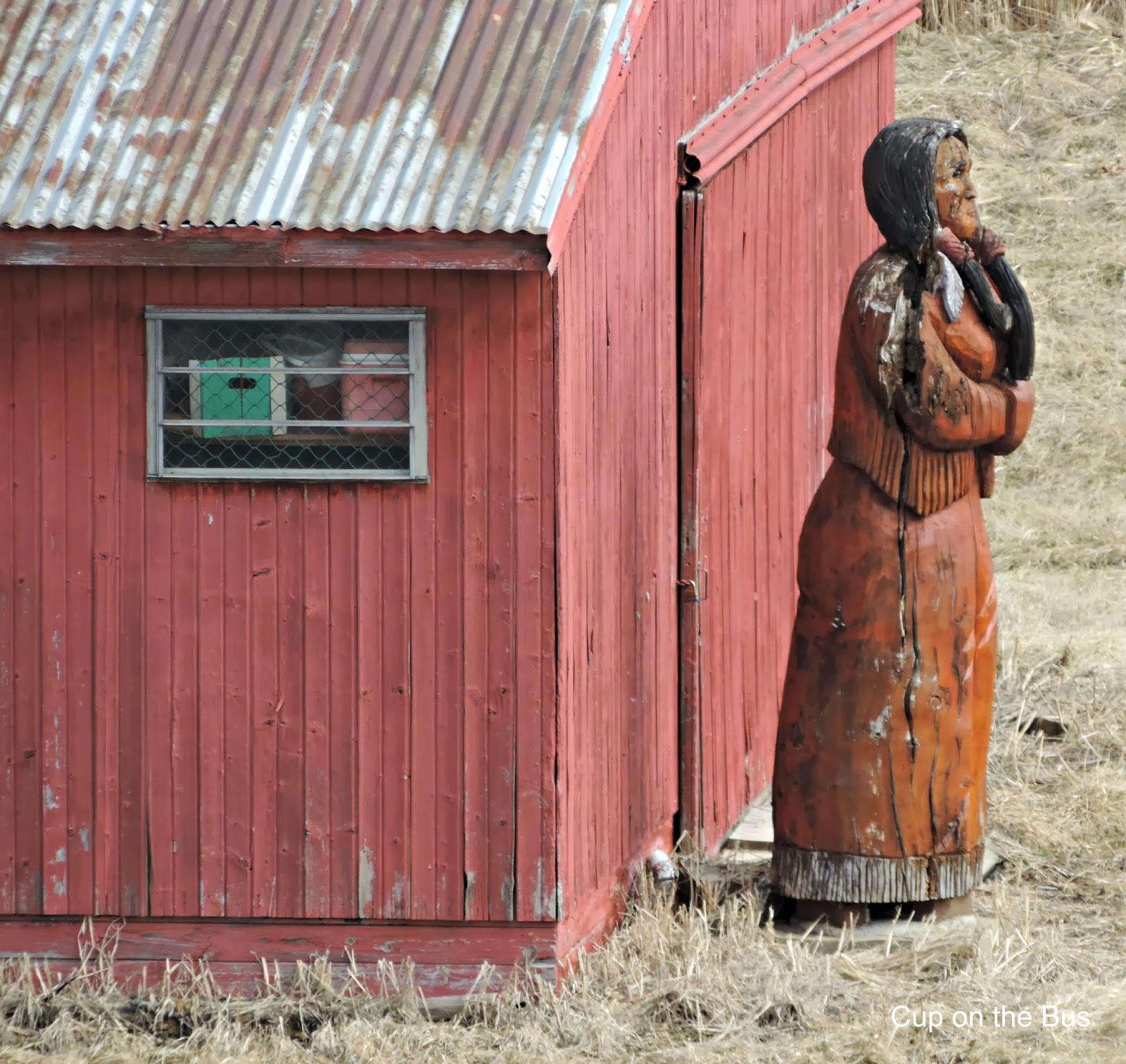 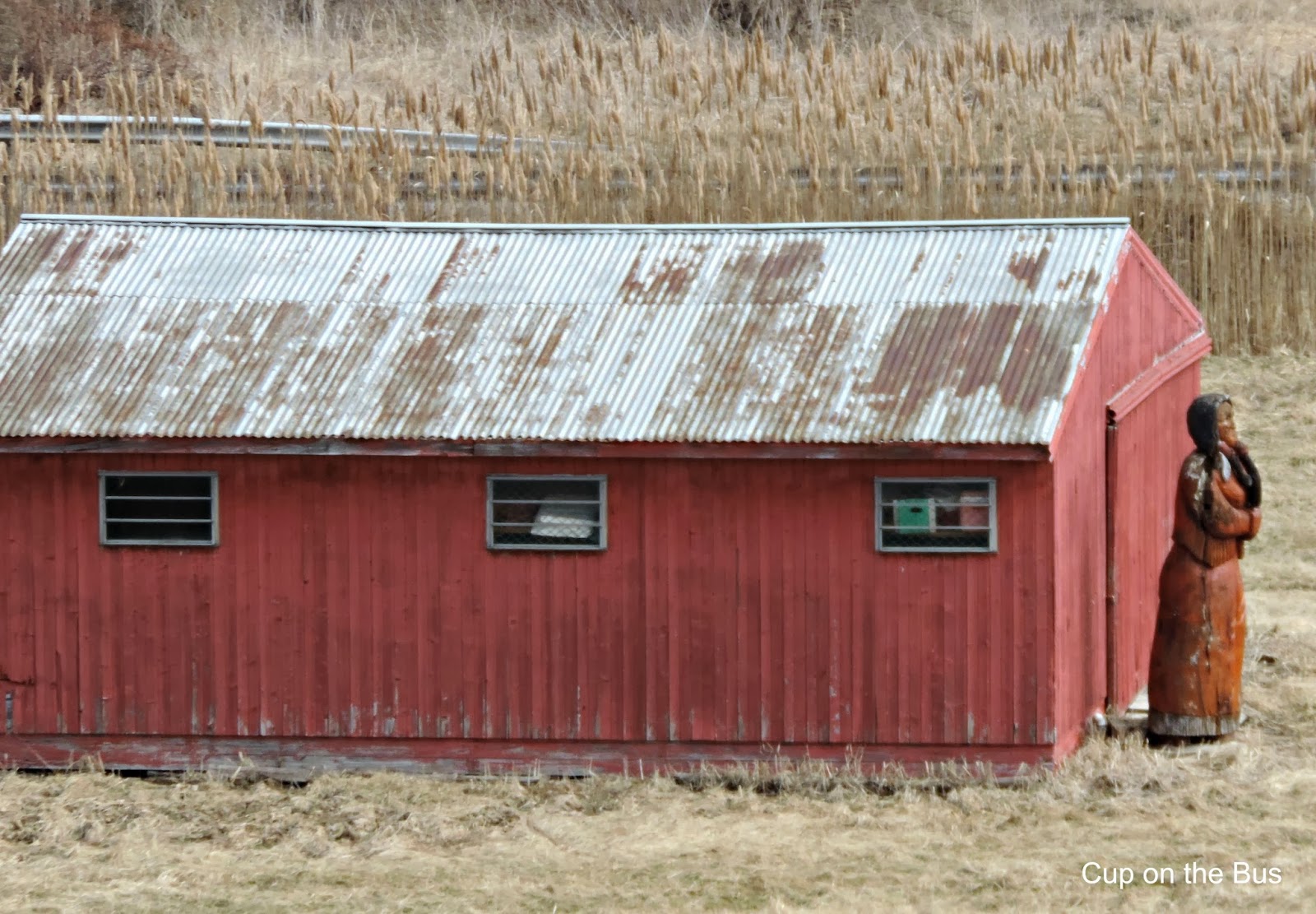 So, over the console and back up top to see the barn from the road. That is the freeway I used for the pictures above. 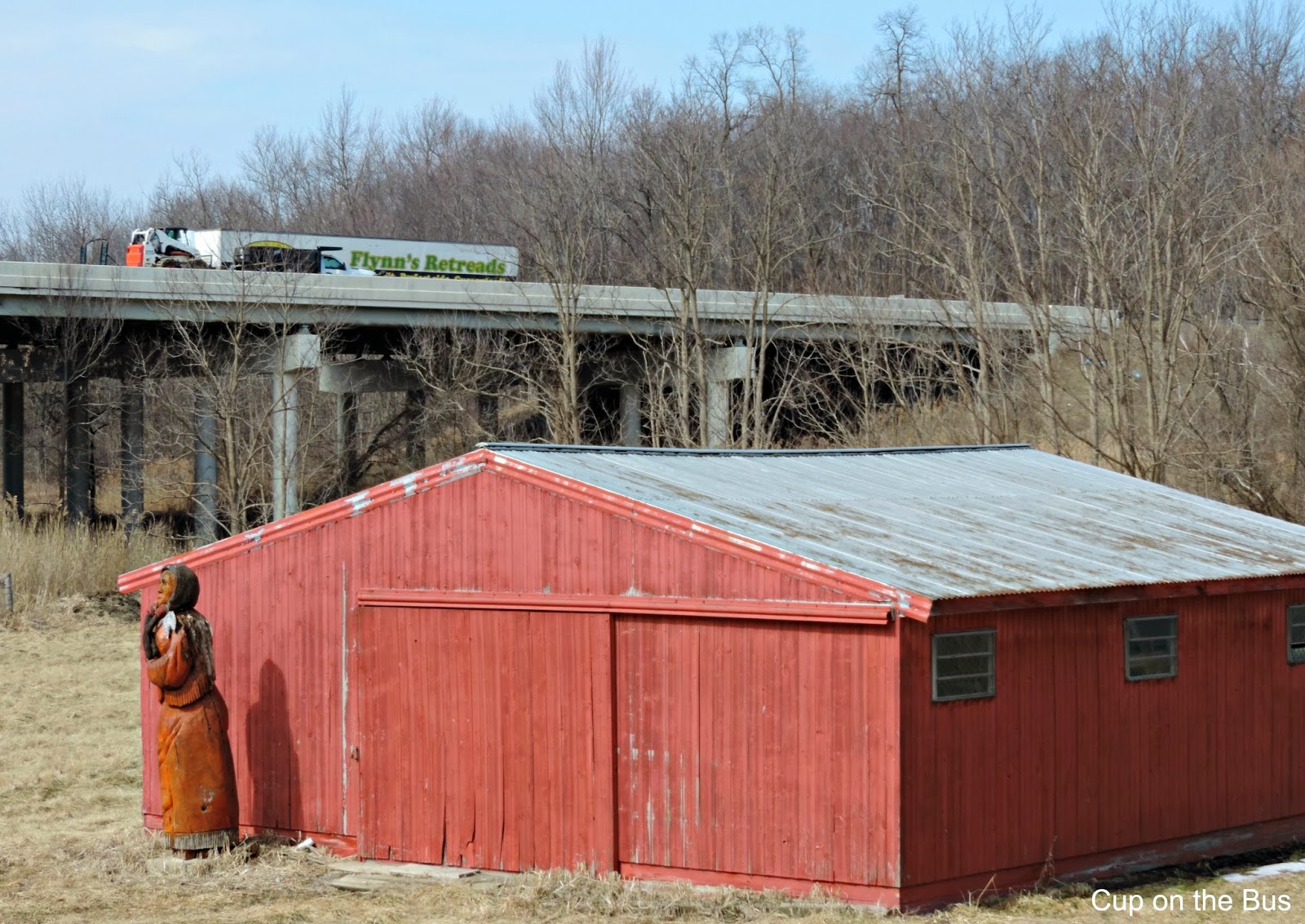 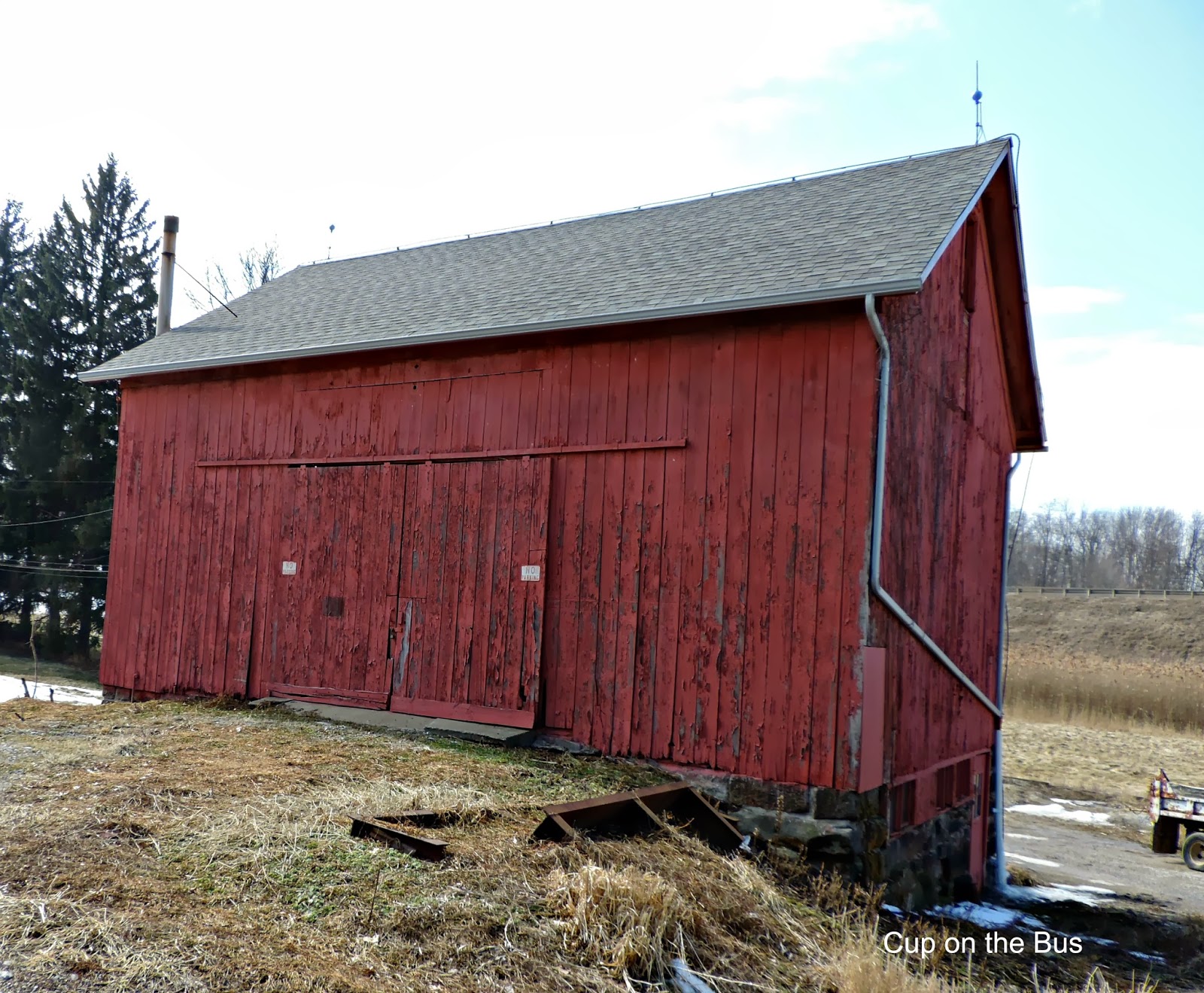 The barn from the other side. It's an old bank barn. Judging from the first pictures, the foundation is in good repair; the failing blocks apparently replace by masonry blocks. 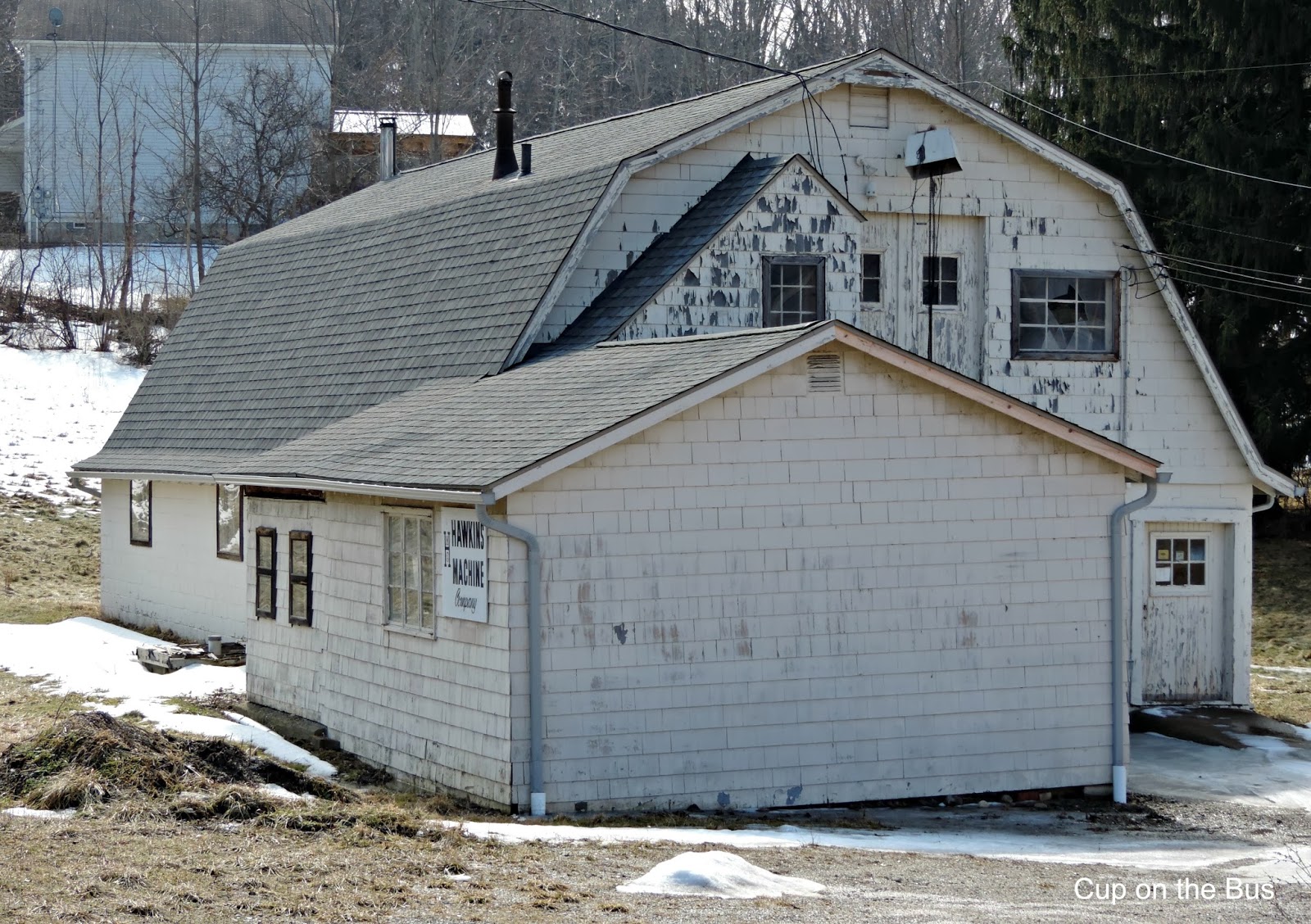 This more modern barn is also on the property. The smaller outbuilding announces a machine company. I believe there is no activity; I haven't seen cars here in forever.

I remembered seeing the bicentennial logo on another barn nearby, and went around to take a picture. There were two horses looking at me over the fence, but moved along as I stopped to adjust a minor annoyance with the camera. 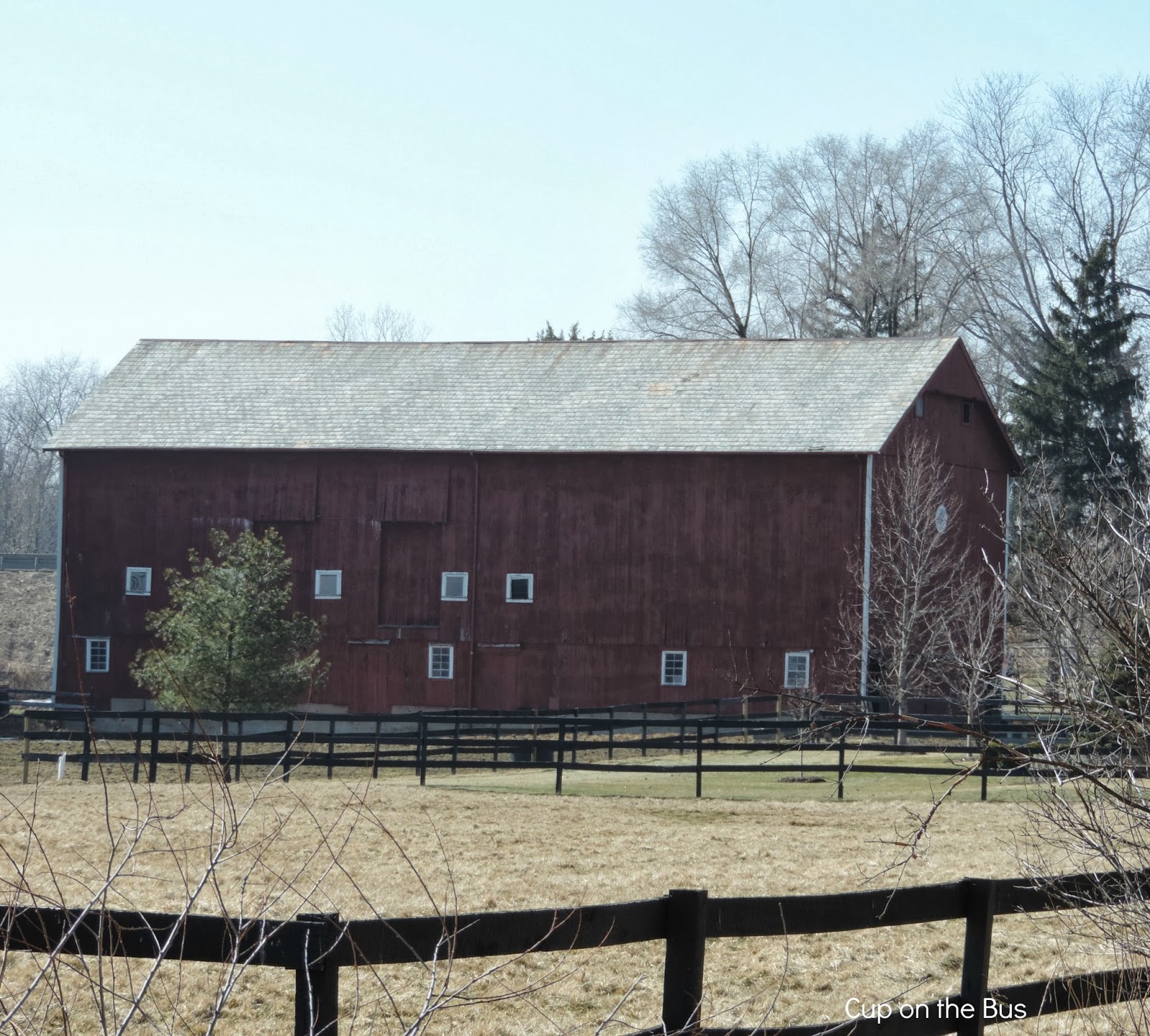 I looked the internet over, and cannot see this round logo was ever official. Probably a fun addition when the barn was painted last. 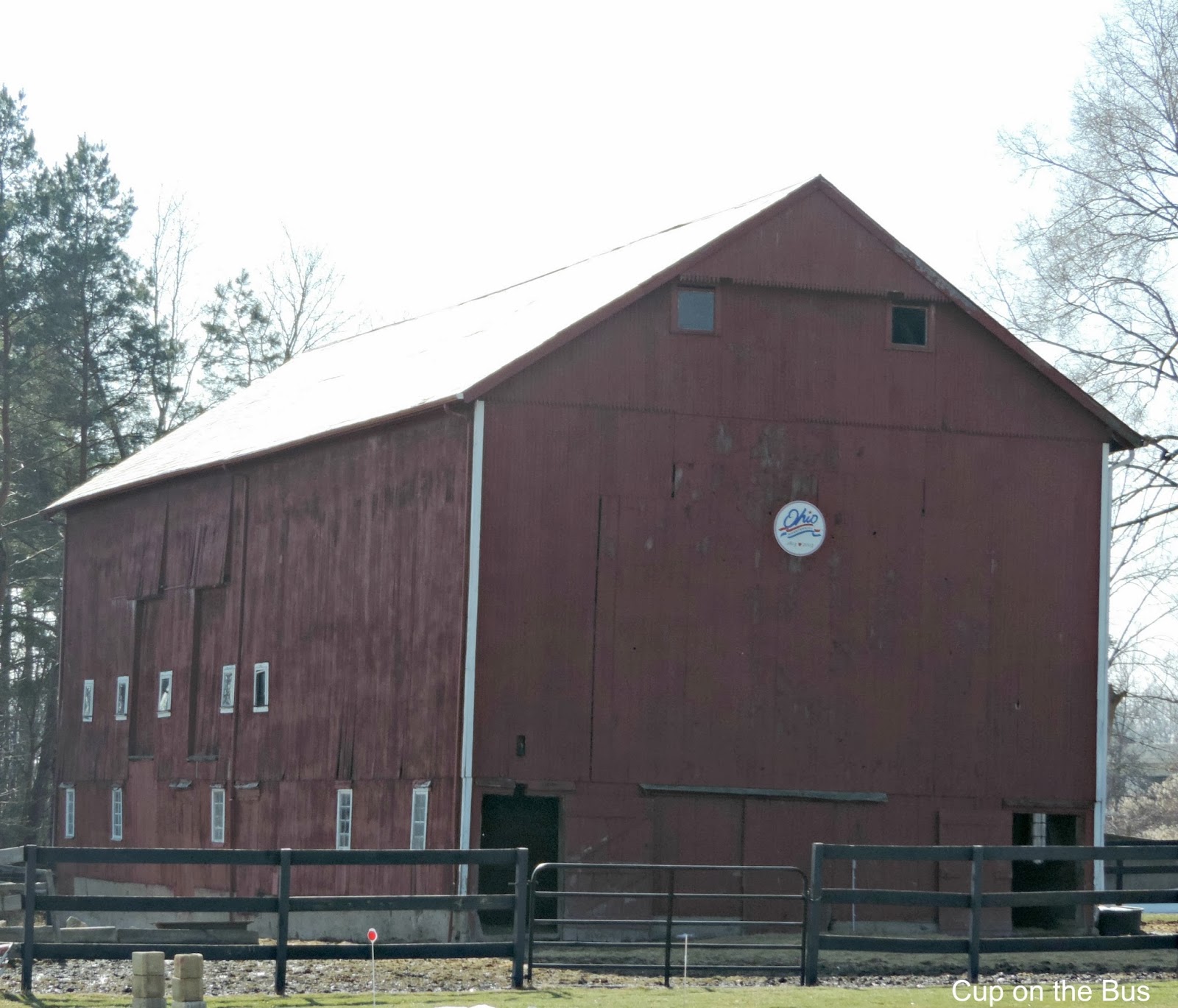 I did notice greenish grass where the paddock manure is seeping under the fence. I believe we have only one more storm before spring.

Posted by Joanne Noragon at 5:09 PM

Email ThisBlogThis!Share to TwitterShare to FacebookShare to Pinterest
Labels: barns