When I picked up Laura and Charlotte last Monday, I had my camera, to see what had transpired in art class that day.  I liked the pictures and sent some to the art academy that evening. 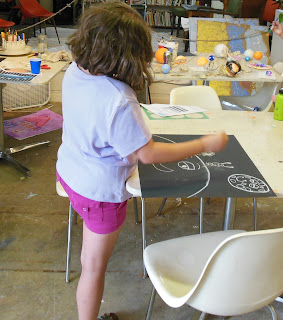 The Art Academy is staffed almost entirely by volunteers.  When my pictures showed up in the e-mail box, the director (part time) asked me to take more, for their advertising and brochures.  I can take pictures of the backs of kids as well as anyone, so what the heck.  In fact, that cute little picture of my man Will transporting his picture went right on the art academy’s Face Book page. 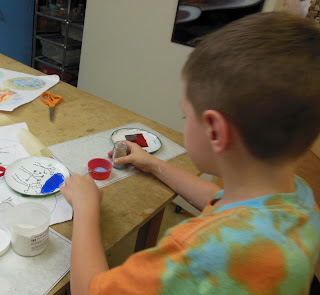 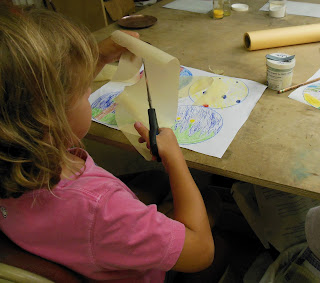 These ten youngsters ranged from maybe six (Will’s little brother) to nine and ten—my two.  I understand that until the Friday before the class started there were only four registered.  The master teacher, an artist in town, took them all, and she and the volunteers steered the ship all week. 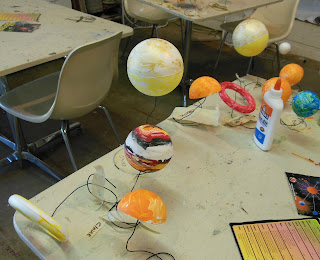 Will deduced early on that I was taking pictures.  He spread the word.  Smile a lot for that lady; she likes to take your picture.  Children sensed those over the shoulder moments and turned right into the camera before my trigger finger triggered.  One little girl quit turning left with me as I circled behind her, stopped and whirled the other direction to be head on with her treasure. 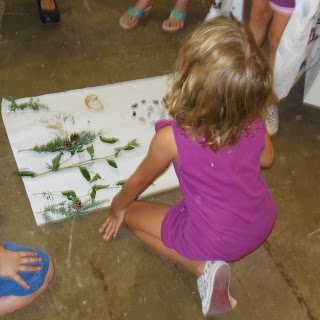 I quit keeping the program straight.  The volunteers sorted out kids by skill, attention span and ability to keep themselves occupied.  The first day was the big circle/cycle painting and the coiled basket. 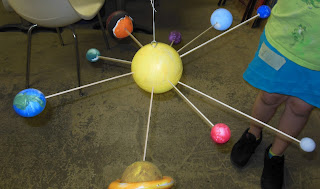 There was a lot of drawing for a couple of days, and then little copper enamel circles at the end.  Oh, yes, and a solar system. My biggest impression was movement, voices, and volunteers keeping the flow working.  Children circulating.  Children talking. 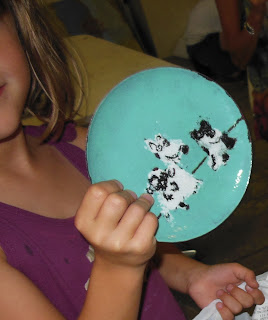 Did I mention customers.  In the generic sense, not actual.  Town has been overloaded with people of late, and they kept coming through, too.  Will’s little brother scooched himself out of the aisle frequently.  And graciously. 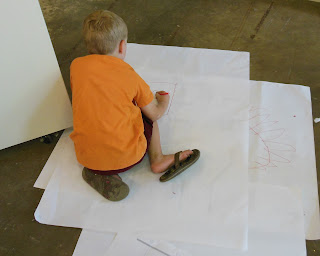 My two, plus Caroline, go back next week for felting, tie-die and weaving.  That’s three.  I hear only four are registered.  We’ll see how many kids really are spread around come Monday afternoon. 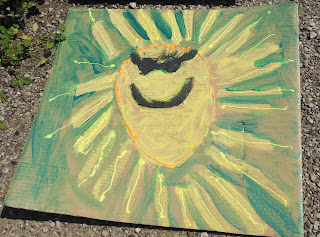