Some of you are hijacked, and simply announce “My Facebook was compromised, so if you get a friend request from me, blablabla.” Well, I was simultaneously hijacked and my internet cable was severed. One did not result in the other, but one may have facilitated the other.

A reasonably seasonal spring day yesterday, and I heard Dan, now the only maintenance man for three parks, driving his lawn mowing tractor at about double speed, come roaring along the side of my unit, cropping weeds at the level of dirt. He passed my line of sight, and then the next news item did not appear on my screen, and my internet slipped away.

This does not happen to me; I have good internet service. I called Cathy. She had internet. I called Spectrum. “Oh, yes, you went off at 12:31 p.m. Can you think of any incident that may have occurred at that time?” I flicked mental pages and announced Dan had “mowed” the “grass” pretty much at that time. “It easily could have been a cut cable,” announced my technician. “Didn’t they bury it?”

Yes they did, last June, when it was installed. Dan did not mow at dirt level back then. New Jersey was not looking to refinance back then. Dan did not have to worry that a drone would fly over and check up his three parks.

In the meantime, my cable cannot be replaced for four days. Until Saturday. I was furious mad, and Dan knew it. Early this morning he crept in and did something to restore my television. I got a text: Your TV should work now.

But, my email asked if that was me, logging into Netflix in Turkey. That bastid in Turkey changed my identity and my phone number. A very polite Netflix fellow spent an hour walking me through changing everything.

Once he did ask, prefacing his question stating he was not speaking in a derogatory way, or sexist, or demeaning, but was there a much younger person available? I told him I had no innate understanding of the workings of my Roku or his Netflix, but I followed directions well. We got it done.

It's not Saturday, you say. Why are you on the internet? My neighbor Cathy, who lives behind me now, called and asked if I would like to sign onto her cable ID. Thank you, Cathy. 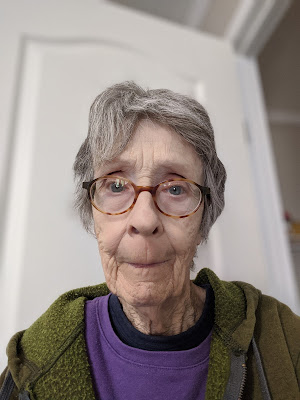 And I had a haircut today. Stopped for ice cream on the way home. I decided apple crostata needs ice cream. 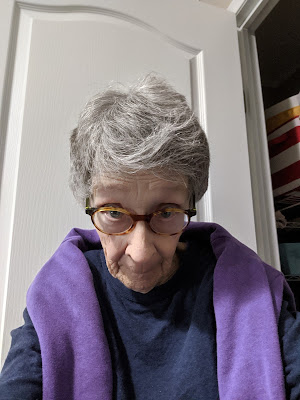 Posted by Joanne Noragon at 7:47 PM