Weaving has not been mentioned for a couple of days because it has been ignored. Winding the warp onto the back beam is the most strenuous and occasionally painful part of the job. I am pleased with the last warp, well wound. 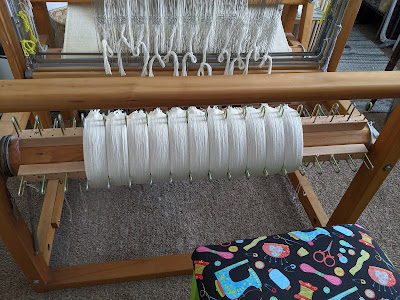 Even and tight. You could bounce GI dimes from it. I walked off, abandoned it. That was last Wednesday.  No amount of boredom relief could get me back to the warp.

I last went grocery shopping the third of March. We weren't talking Corona virus then, except in passing. I went to the store with the personal challenge of shopping for a month, for no reason except to see if I could do it. Purchase carefully and eat for a month. I  wasn't inventing ways to evade boredom.

The third of April is next week, and I will go grocery shopping. I have been out and about a bit, made some observations, drawn some conclusions. I won't go shopping at 7:30 in the morning, when all those old people are in there. Bless their hearts and all that, I'll still go when I normally do, after breakfast. Say ten in the morning.

And, I will not shop for a month. I can imagine being accused of hoarding. If it's even there. Beside, shopping is something to do to take a chunk off boredom.

Yesterday I set myself two tasks for today. I accomplished the first and headed down to the studio to begin tying the new warp to the old. As I passed the cat, and lightening split the sky. He literally 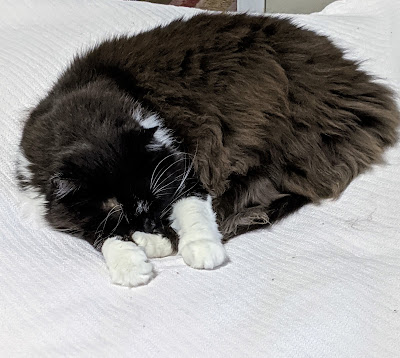 evaporated, and I found him, hours later, under the bed. 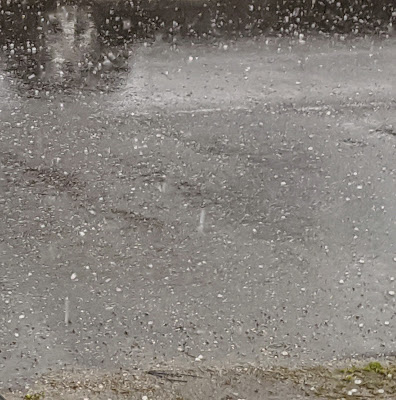 It was a striking show of nature, lasting a few hours. Hail fell a couple of times, and the thunder rumbled and rolled for hours. 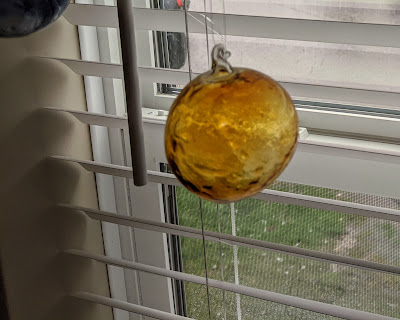 Perfect weather to continue working on the loom. I pulled over the first of the old warp and began. 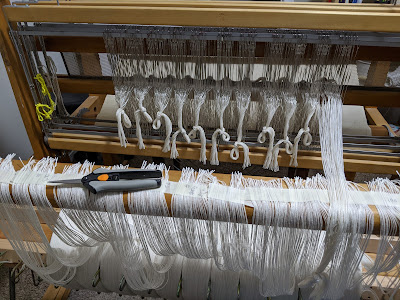 All these years later, I've figured out, tying on a new warp is identical to being quarantined. Boring. I made it through two of eleven bouts, constantly fighting sleep. 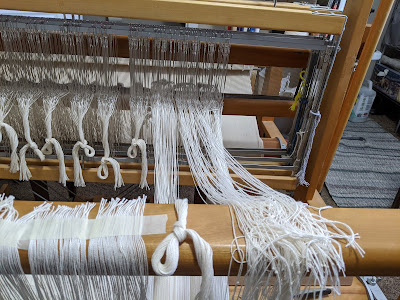 That's it, that's all I got done. I took a look around for Mr. Cat, to no avail. I put the recliner back and took a nap for two hours. Then I woke up and had supper. That's never boring.
Posted by Joanne Noragon at 6:17 PM