I spent the afternoon hefting cameras and counting buttons.  I settled on another small point and shoot, a Nikkon S6300 Coolpix.  We’re still getting to know each other.  I can tell you this much:  the battery ain’t held in by no stinkin’ flimsy orange tab.  Take that, Kodak.  And, the old card is the new camera.


I spent the rest of the afternoon charging the battery.  It’s still charging—needs three and a half hours!  But, when I thought it had a picture or two in it, we went outside, and found wrens! 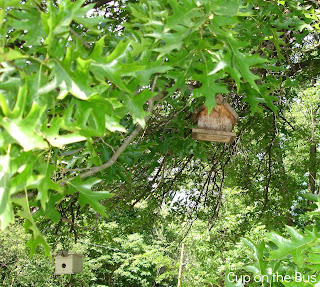 You may have noticed two wren houses in the oak tree.  I think the hammock crew came from the brown house. 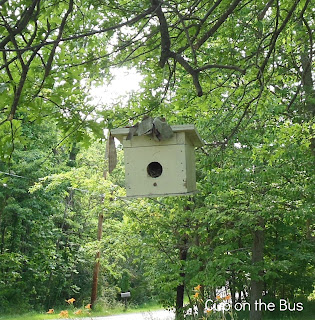 I thought the white house was empty. 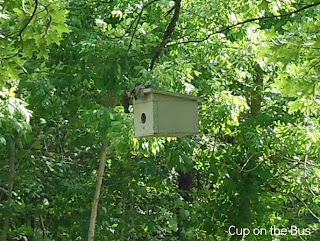 Then I saw a cautious little wren in among the tattered ribbons on top of the bird house. 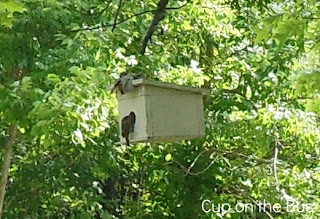 
Do you know the wren song?  Perhaps if you’re Irish or like folk lyrics. I don’t know if Wren Day is still practiced.  Like Trick or Treat.  I’m sure real wrens aren’t used, now.  The little captured wren hopefully died of fright sooner than later, and would have been easier to parade about in this children’s begging event.  Although, I believe, adults used the collected pennies to stage a party, before it became a children’s event.


St. Stephen's Day was caught in the firs


Although he was little, his honor was great


Jump up me lads and give us a treat


We followed the wren three miles or more


Through hedges and ditches and heaps of snow


At six o'clock in the morning


Rolley, Rolley, where is your nest?


It's in the bush that I love best


It's in the bush, the holly tree


As I went out to hunt and all


I met a wren upon the wall


Up with me wattle and gave him a fall


And brought him here to show you all


I have a little box under me arm


A tuppence or penny will do it no harm


For we are the boys who came your way


To bring in the wren on St. Stephen's Day

Posted by Joanne Noragon at 6:24 PM